Vibratory finishing equipment, or mass finishing, provides large batch finishing processes for a multitude of parts. These systems reduce labor and cut down on the total processing time spent on parts. There is a variety of vibratory equipment, media and compound to accomplish your mass finishing. We can help you find the right combination for your mass finishing applications including: clean, deburr, deflash, descale, burnish, brighten, polish, surface harden, rust removal, radius. 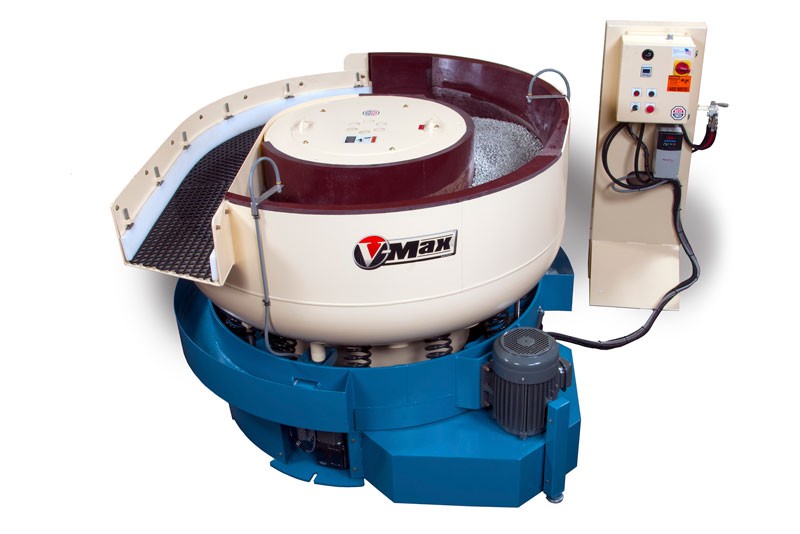 Vibratory finishing bowls require minimal manpower and are able to finish many parts in a single cycle. There are other custom add ons available to boost production. 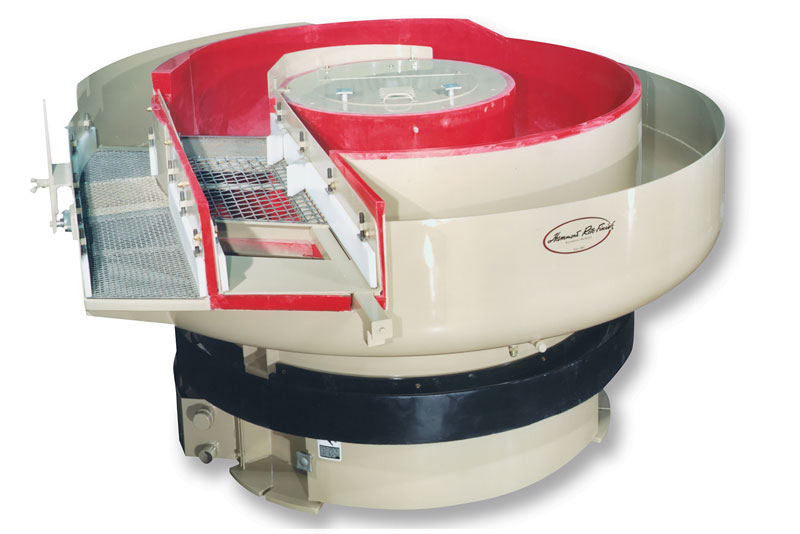 The combo vibratory bowl provides two applications in one unit – cleaning and drying. This frees up valuable floor space and increases production speed. 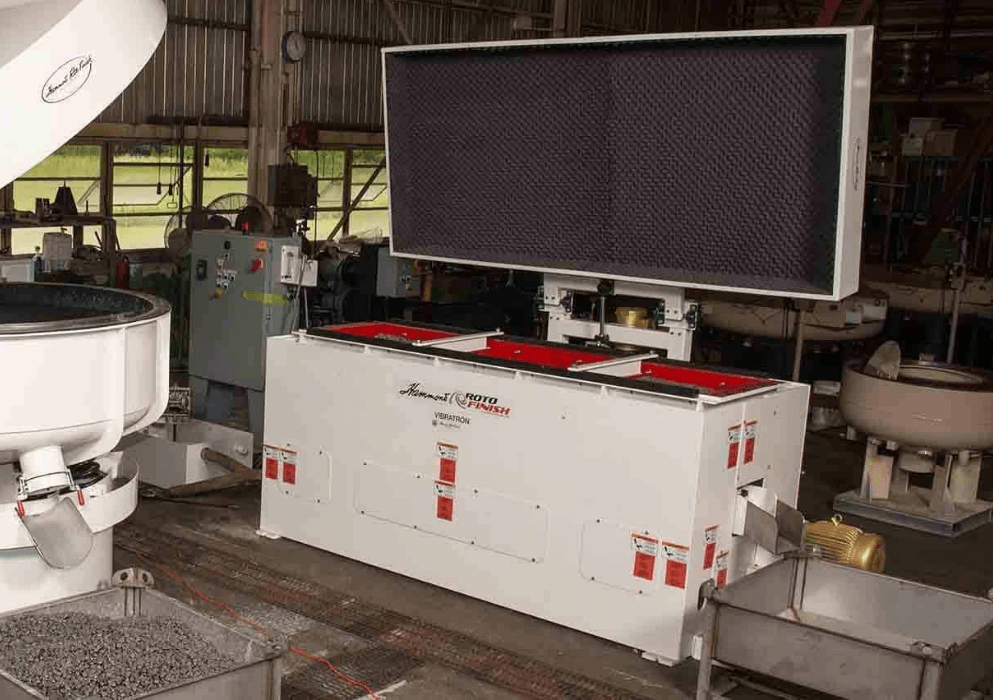 Vibratory tubs are an economical mass finishing option for small to large parts. There are larger tubs to fit one large piece or compact tubs for small batches. 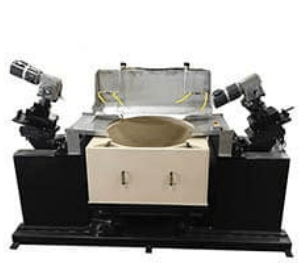 Spindle finishing uses a spinning tub of media and is designed for parts that: cannot have part-on-part contact, high value parts, or where a single part flow is needed. 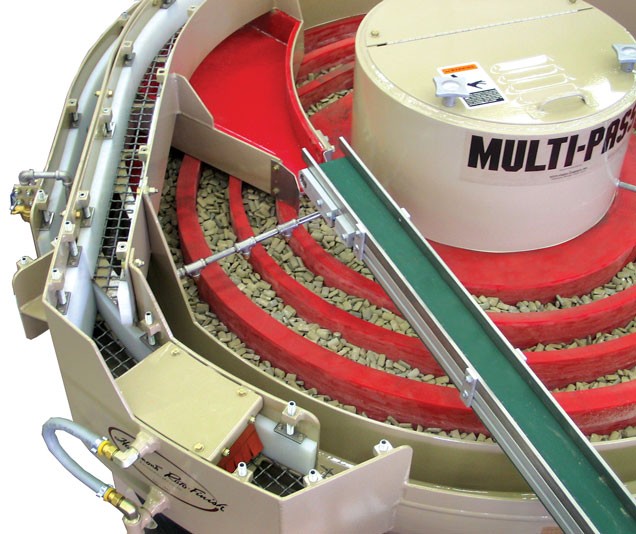 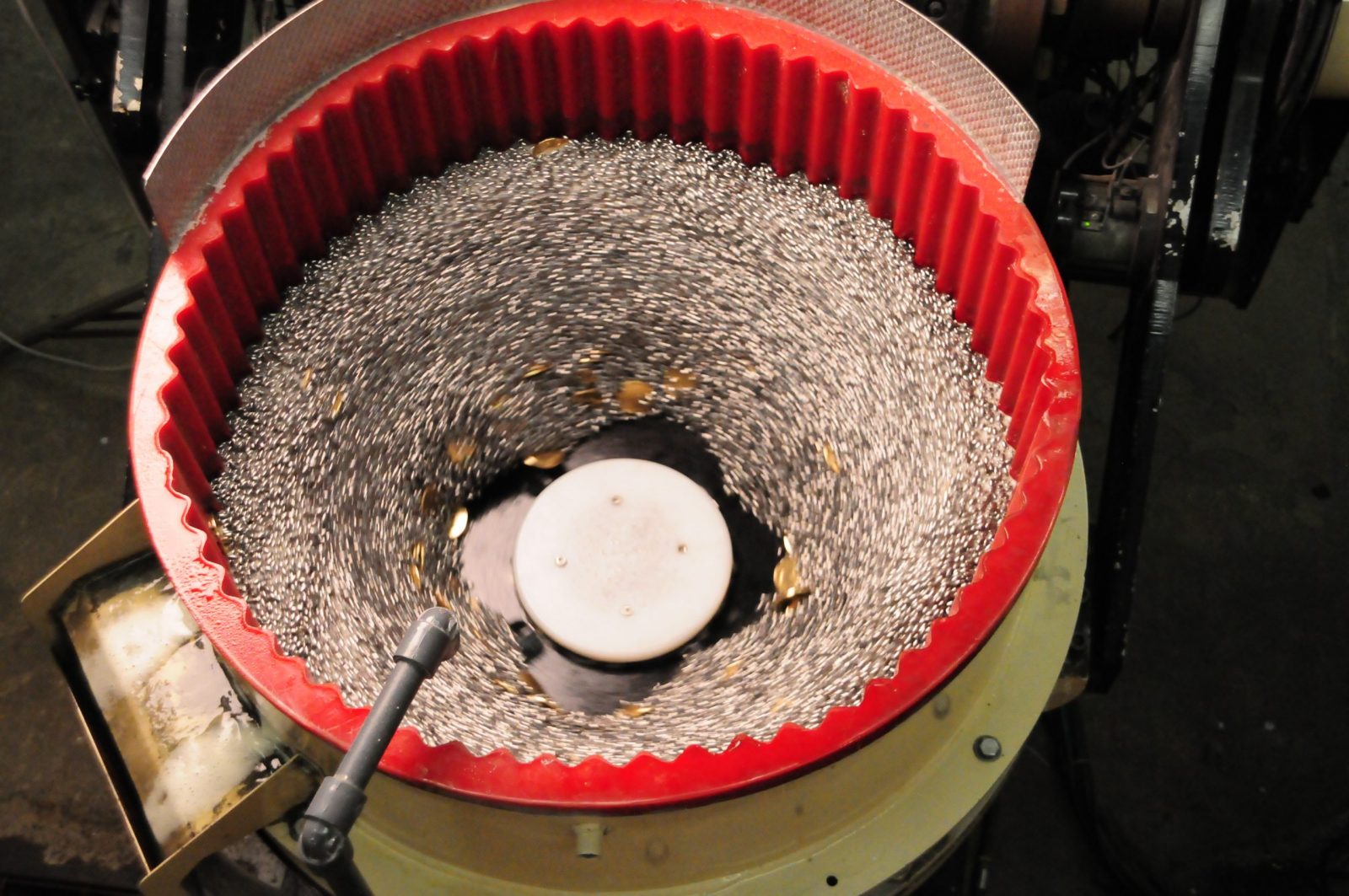 The Roto-Max® line are a series of high energy centrifugal energy machines. This smooth and continuous motion produces an energy level up to 15 times greater than normal vibratory finishing systems. 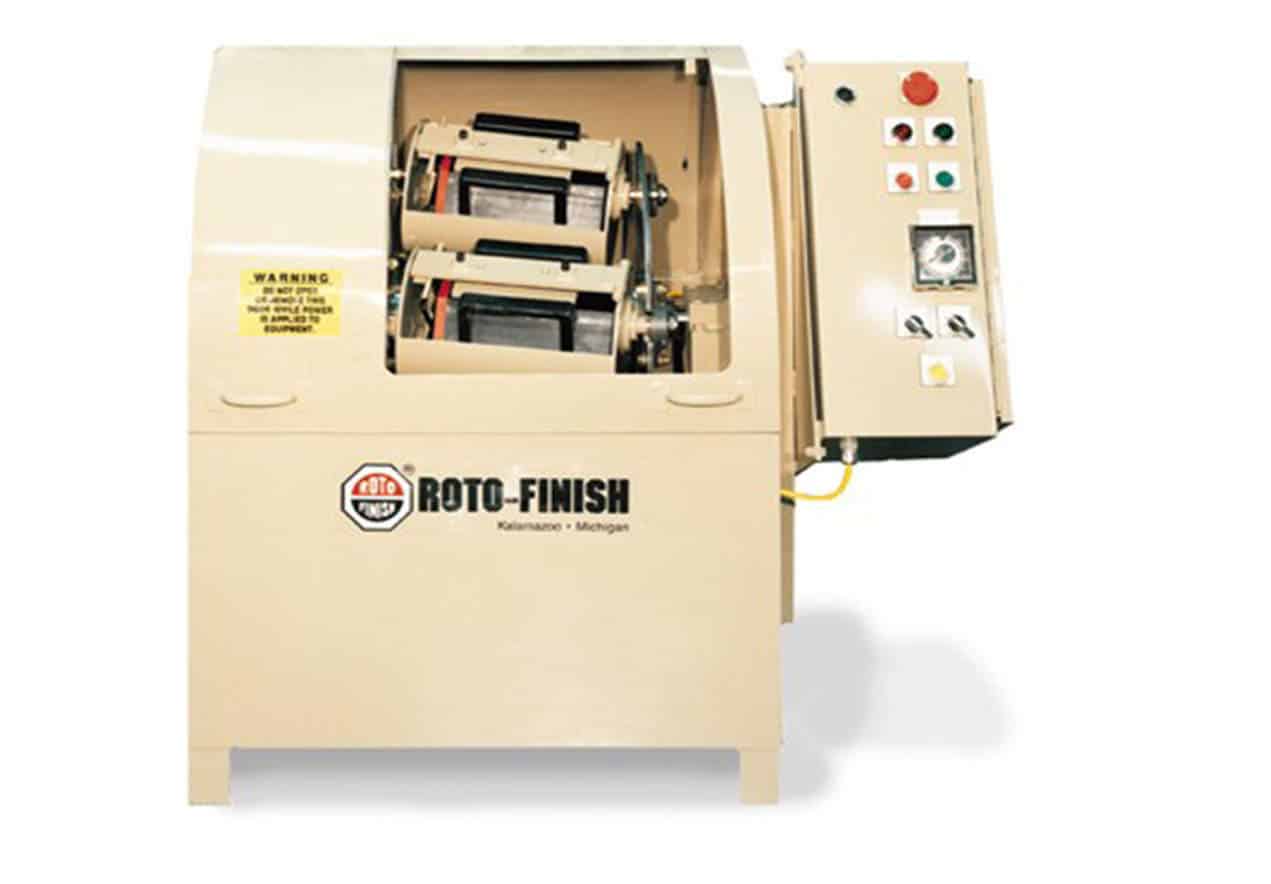 High Energy and Centrifugal Finishing systems require minimal manpower while being able to process parts up to 15 times faster than traditional vibratory finishing. They are the fastest method for mass finishing small parts. 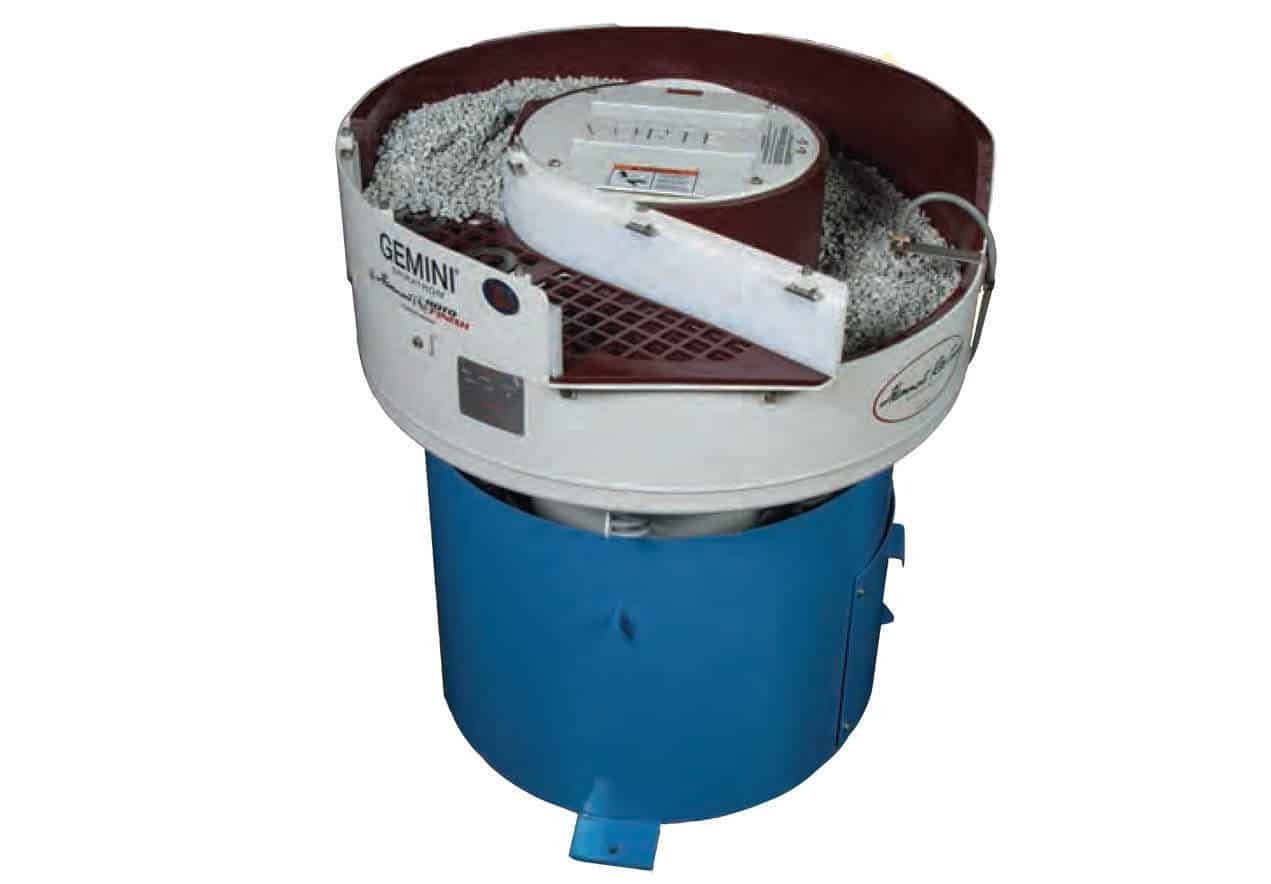 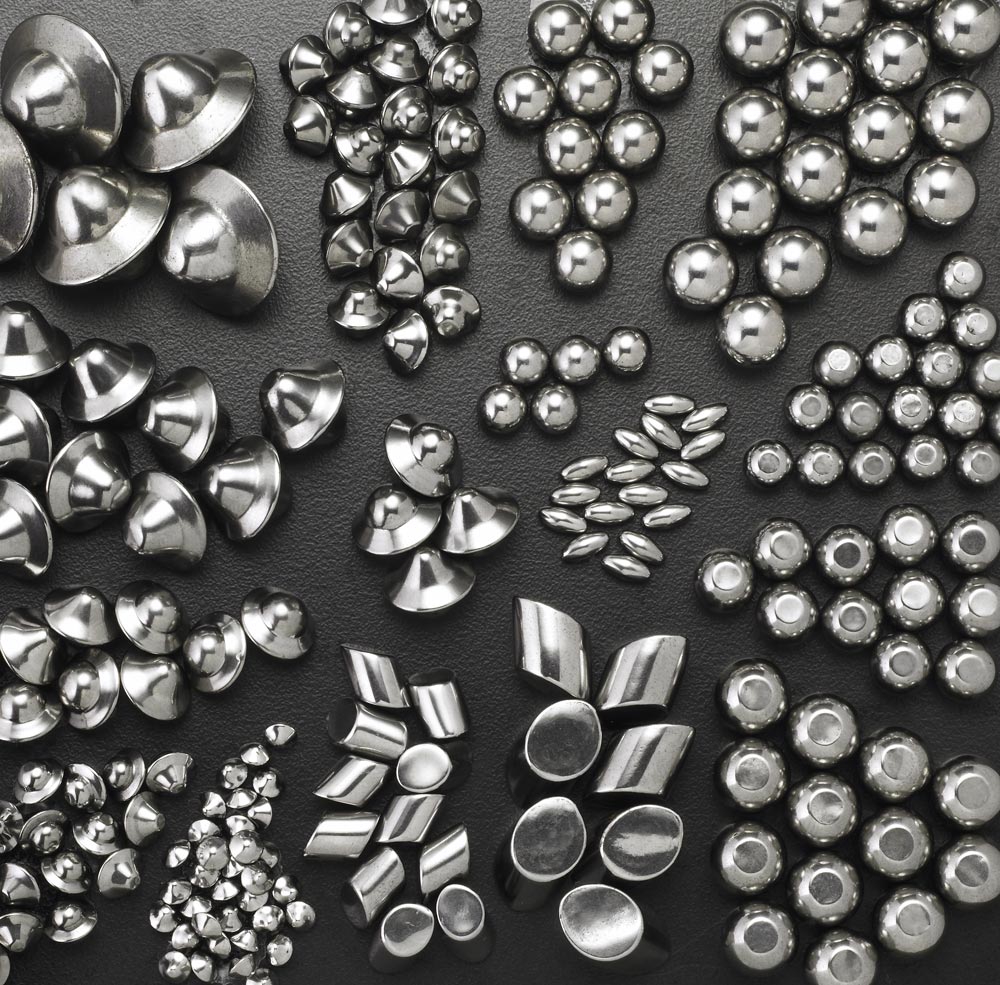 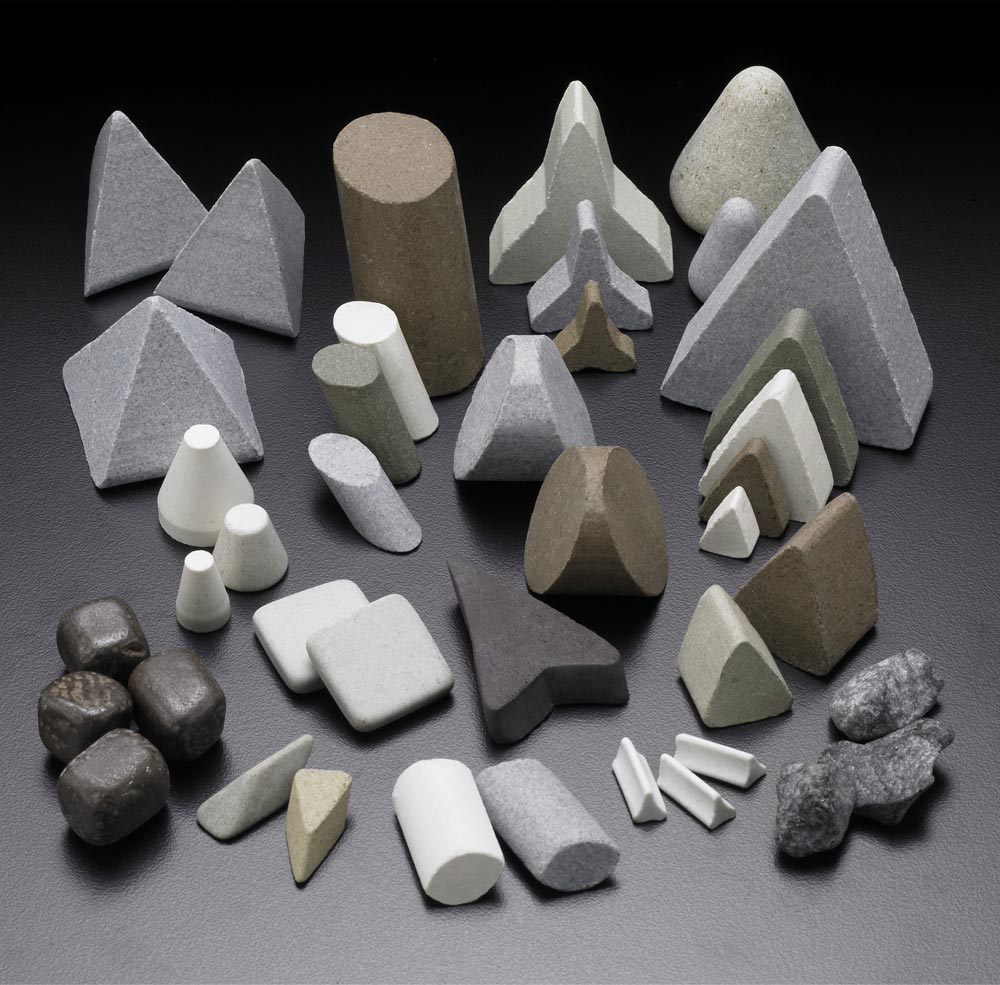 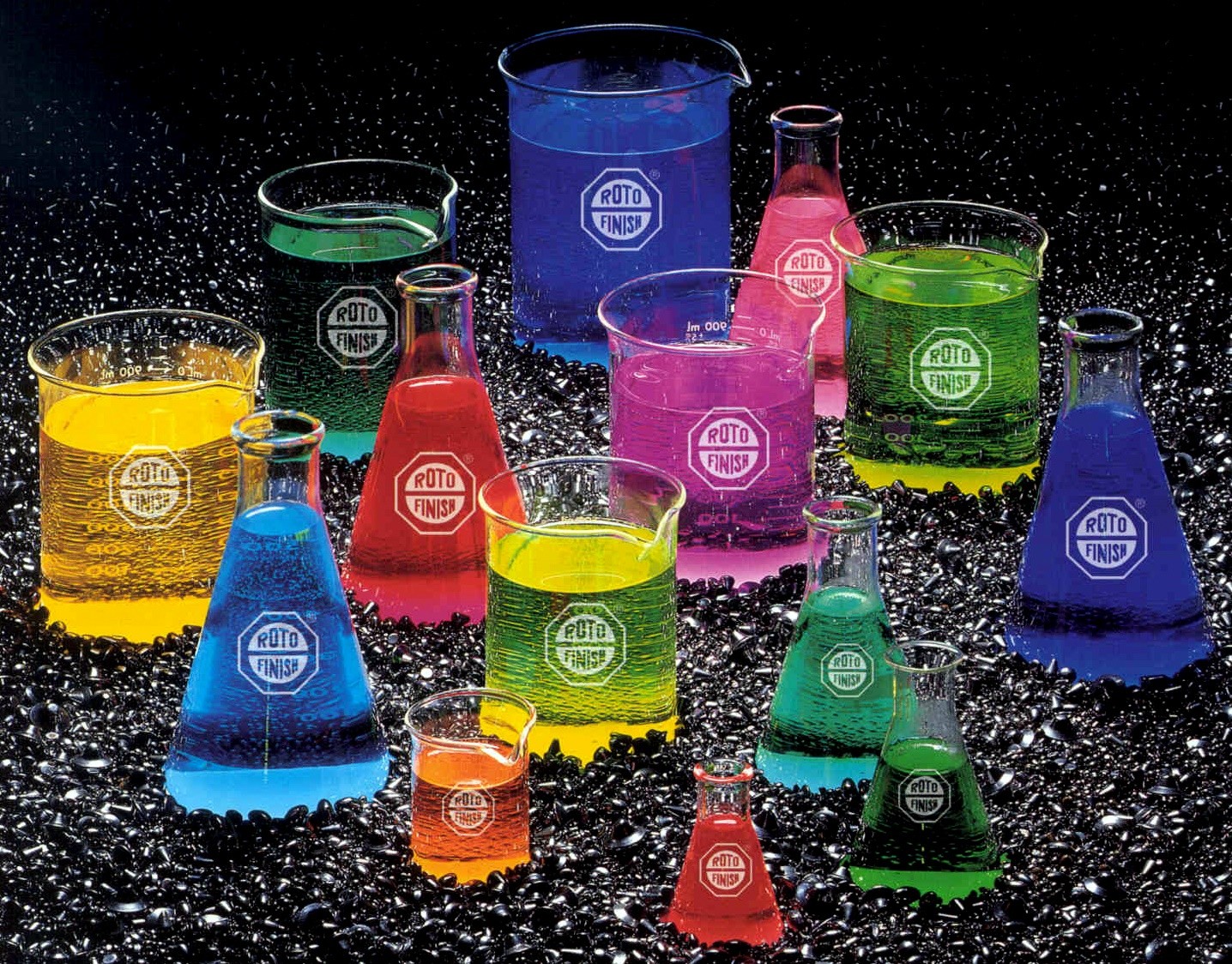 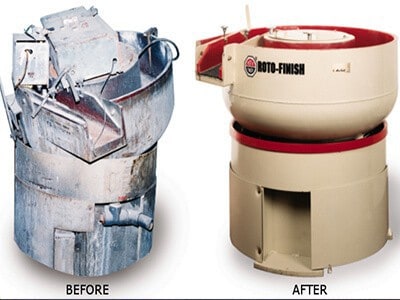 What is Mass Finishing?

Mass finishing is a group of manufacturing processes that allow large quantities of parts to be simultaneously finished. The goal of this type of finishing is to burnish, deburr, clean, radius, de-flash, descale, remove rust, polish, brighten, surface harden or prepare parts for further finishing. The two main types of mass finishing are tumble finishing (also known as barrel finishing) and vibratory finishing. Both involve the use of a cyclical action to create grinding contact between surfaces. Occasionally the workpieces are finished against each other; however, a finishing medium is typically used. Mass finishing can be performed dry or wet. Wet processes have liquid lubricants, cleaners, or abrasives, while dry processes do not.

We design and engineer full mass finishing systems with pass through capabilities to streamline your facility. Talk to our team and let us build a more efficient process for your mass finishing applications! 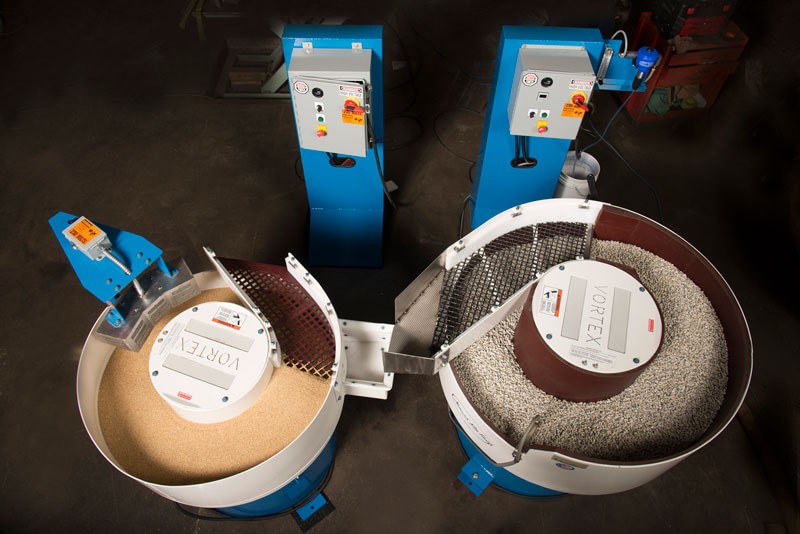 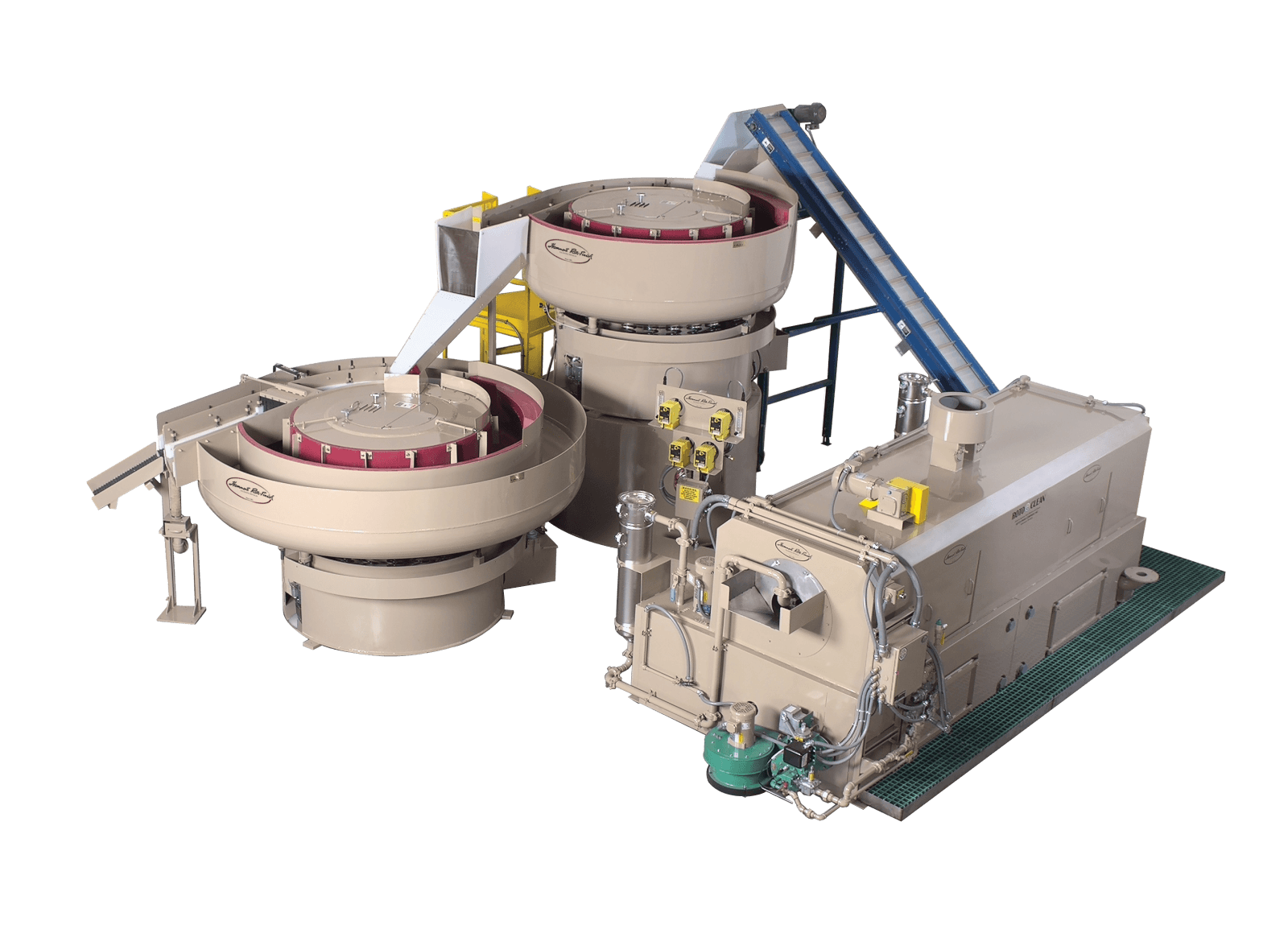 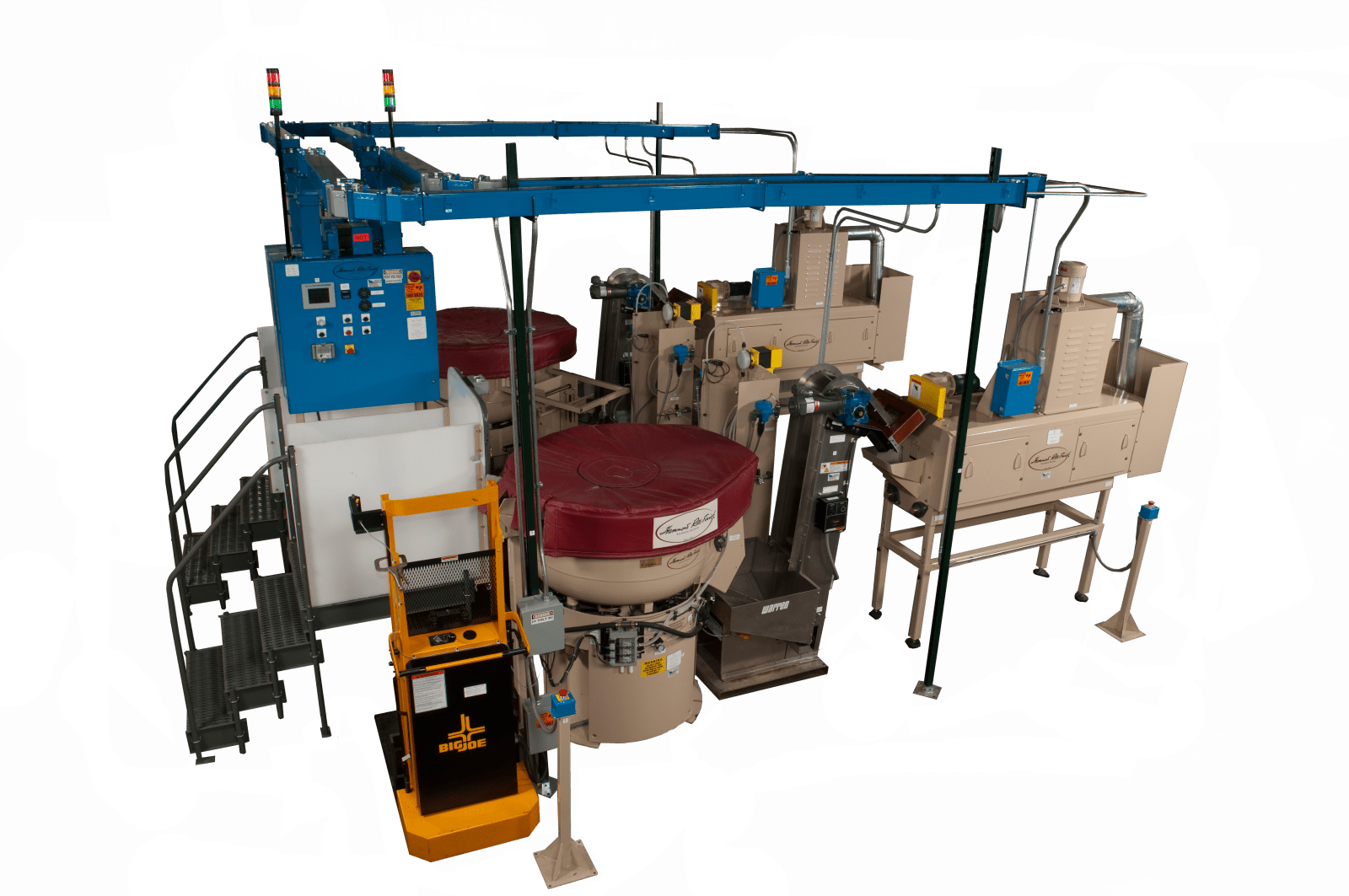